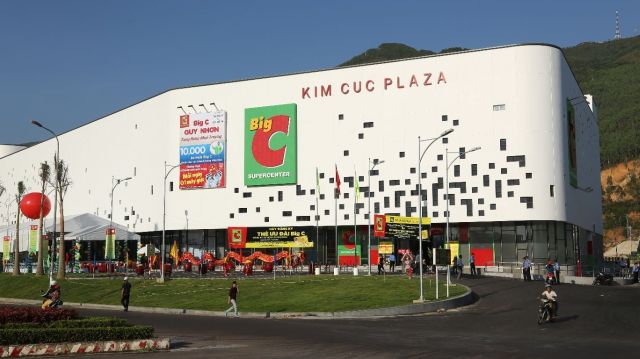 Since the establishment of the ASEAN Economic Community (AEC), Vietnam has become a potential market for regional retailers, which promotes the development of the domestic retail sector, but also alerts domestic enterprises to watch out and continuously improve to not fall behind in this fierce competition.

Before 2015, the Vietnamese retail sector largely slipped under the notice of the mass media and there were only a handful of investors, such as Big C, a brand of Groupe Casino from France, a mass retailer with operations around the world.

Additionally Metro Cash & Carry, an international self-service wholesaler from Germany, and some big retailers from Asia, such as Aeon Group from Japan and Lotte Group from South Korea were present.

The situation had changed after the establishment of the AEC in 2015, after most trade barriers among different member states were eliminated and a market of more than 600 million consumers was created.

Vietnam has become a target for regional countries, such as Thailand, Indonesia, Malaysia, and Singapore. Among all these countries, Thailand can be considered the biggest and most noticeable partner in the retail sector.

Within a year, the three biggest M&A deals in the retail sector were implemented by billionaires from Thailand.

The first one was major Thai multi-sector corporation Central Group. In 2015, it had spent more than $100 million on acquiring the number one electronics retailer at the time, Nguyen Kim, and one year later spent $1.05 billion acquiring the Big C chain which comprised of 33 supermarkets and shopping malls in Vietnam.

The entire wholesale system of Metro Cash & Carry was acquired, consisting of 19 shopping centres and other real estate items, which were priced at about $848 million. It is estimated that Metro Cash & Carry accounted for 22 per cent of the market share in the Vietnamese distribution sector.

Before the acquisition of Metro Cash & Carry, in the middle of 2013, Berli Jucker PCL (BJC), a subsidiary of TCC Group, bought the Family Mart convenience store chain, which had belonged to Phu Thai Group and Japanese company Family Mart, and changed its name to B’s Mart. BJC now has around 95 B’s Marts in Vietnam. BJC plans to spend an additional $31.2 million to add 205 stores in 2018.

Some experts explained that domestic room to develop in the Thailand retail sector has become narrow and saturated, so Thai retailers are forced to look for other potential markets. Thus, the establishment of AEC is a chance for Thai retailers to gain success outside their home turf.

In the last three years, Pham Hong Hai, general director of HSBC Bank (Vietnam) Ltd. (HSBC Vietnam), along with other partners, has been visiting ASEAN countries to call for investment.

According to Hai, in the next five years, there will be a strong wave of investment from ASEAN countries into Vietnam.

“The Vietnamese market has huge advantages in terms of stabile politics and macro-economy, low labour costs, and many preferential policies to attract investment,” Hai said.

Nearly two years ago, Pico electronics market chain revealed its plans to expand in Laos, Cambodia, and Myanmar, with especially high expectations for Myanmar, as Pico expected it to grow into a potential market with good chances for future development. However, due to some barriers in terms of politics and unclear open-door policies in Myanmar, this plan has not been implemented yet. Now Pico is continuing this plan with another partner, but it will be scheduled more carefully.

“The domestic market is still the dominant market of Pico. In our development plan, we will give top priority to domestic expansion, which may create a foundation for future sustainable development if Pico decides to invest in other markets,” Trinh Duc Tuan, deputy general director of Pico, said.

Another electronics retailer Mobile World Investment Corporation (MWG) also plans to expand its business in the ASEAN. However, MWG has only one mobile device store in Cambodia. This year, MWG has scheduled to launch some more outlets overseas, but this step is considered a trial only.

“The markets in Laos and Myanmar have not really opened up for foreign businesses, so the mobile device store in Cambodia is our first step to expand overseas. However, the market environment here is not completely transparent and favourable, so all our business plans are trials only until the business environment improves,” Tran Kinh Doanh, general director of MWG, said.

The increasing competition from foreign enterprises cannot discourage this retailer. Doanh said that in the retail sector, electronics is still a playground mostly for Vietnamese enterprises. For example, the Nguyen Kim electronics chain has the giant Central Group behind to support, but it cannot win significant market share from its rivals.

At the end of June 2017, there have been 1,527 MWG outlets. Of the total, the Dien may XANH chain had 404 stores and the Bach hoa XANH chain had 110 stores. With the large number of outlets all over Vietnam, MWG is still on the hunt for attractive M&A deals.

Currently, it is rumoured that MWG is planning to acquire Tran Anh Digital World JSC (Tran Anh), one of the biggest competitors of MWG in Northern Vietnam. Detailed information has not been released yet, Tran Anh did not confirm rumours, but Doanh did not answer to the negative when asked. Besides, he revealed that negotiations on MWG’s M&A deal has almost been finished.

“We do not mind competing with foreign rivals. We want to hold a strong position in the market, and the best way is to focus on qualified services and products for more than 93 million Vietnamese nationals,” Doanh said.

Grab may be categorized as e-charter transport operator