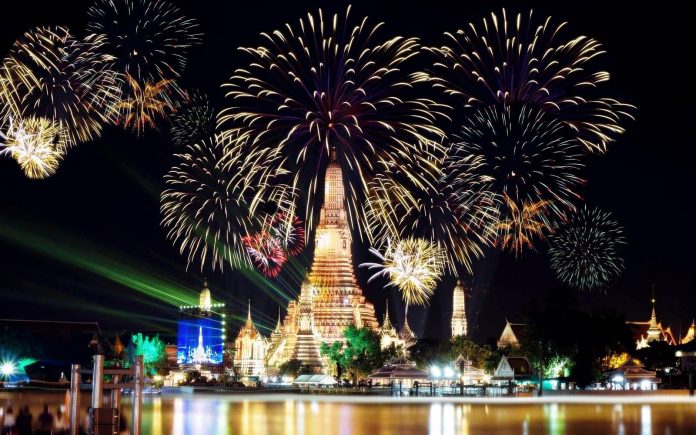 BANGKOK (NNT) – CNN has ranked Bangkok as one of the top 10 locations to celebrate New Year’s Eve this year, as the city’s resurgence after the pandemic places it among the world’s most popular destinations.

Bangkok often tops roundup lists of Asia’s best nightlife cities. So of course, it’s a natural place to ring in the new year if you like crowds, bright lights, noise and revelry.

Airports of Thailand (AoT) President Nitinai Sirismatthakarn said more than 12,000 flights are expected to arrive at the six international airports under its supervision during the New Year period, bringing as many as two million passengers.

Thailand was also named the top destination for North American and European tourists in a recent BBC News poll, which reported that 57.4% of respondents would choose to visit Thailand over other Southeast Asian nations.

Government Spokesperson Anucha Burapachaisri meanwhile said about 11.5 million visitors have so far arrived in Thailand this year, bringing in roughly half the revenue reported by the sector in 2019. The government is now expecting at least 2.38 trillion baht in tourism revenue by the end of 2023.