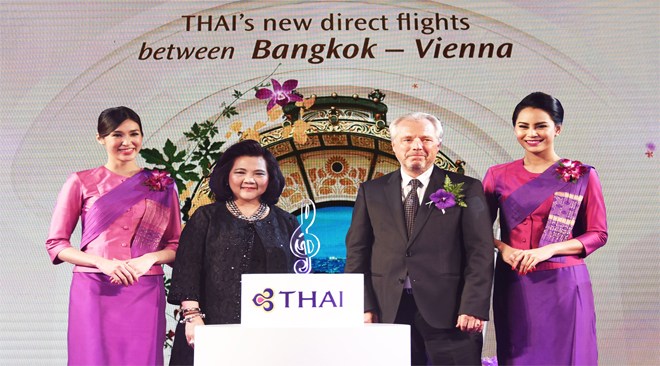 THAI will begin operating four roundtrip flights per week between Bangkok and Vienna on Monday, Thursday, Saturday, and Sunday.

To commemorate the opening of new flights to Vienna, THAI recently held a gala dinner in Bangkok. The event was presided over by Mrs. Usanee Sangsingkeo, THAI Acting President, and Mr. Gerhard Gotz, Consul General of the Austrian Embassy in Thailand

How to measure Covid-19 impact on Thai tourism ?