HONG KONG SAR – Media OutReach – 25 November 2022 – A Hong Kong Baptist University (HKBU) collaborative research team has synthesised a nanoparticle named TRZD that can perform the dual function of diagnosing and treating glioma in the brain. It emits persistent luminescence for the diagnostic imaging of glioma tissues in vivo and inhibits the growth of tumour cells by aiding the targeted delivery of chemotherapy drugs. The nanoparticle offers hope for the early diagnosis and treatment of glioma, especially cerebellar glioma, which is even harder to detect and cure with existing methods.

The research results have been published in Science Advances, an international scientific journal.

Glioma is the most common form of malignant primary brain tumour, and it accounts for about one-third of all brain tumours. Magnetic resonance imaging (MRI) is commonly used to diagnose glioma, but the technology is not that sensitive. Cerebellar glioma, a relatively rare brain tumour, is even harder to detect with MRI. To facilitate early detection and treatment, an alternative method with improved sensitivity and precision is needed to diagnose glioma.

Doxorubicin, a chemotherapy agent, is an effective treatment for glioma. However, its application may also damage normal cells, and it is associated with a range of side effects. To enhance doxorubicin’s clinical efficacy and minimise its side effects, a novel approach is needed to apply the drug to tumour cells in a more targeted manner.

In response to the diagnostic and therapeutic needs of glioma, a research team co-led by Dr Wang Yi, Assistant Professor of the Department of Chemistry at HKBU, and Professor Law Ga-lai, Professor of the Department of Applied Biology and Chemical Technology at the Hong Kong Polytechnic University, has synthesised a novel near-infrared (NIR) persistent luminescence nanoparticle called TRZD, which can play a dual role in diagnostic imaging and as a drug carrier for glioma.

TRZD has the characteristic of emitting NIR persistent luminescence after excitation with ultraviolet (UV) light. The basic structure of TRZD is a combination of nanoparticles, loaded with the mesoporous structure of silica, which makes it a good carrier of doxorubicin particles. Its surface is coated with red blood cell membranes to increase its stability, and it is embedded with T7 peptides. T7 peptides have a strong affinity for transferrin receptors which are abundant on the surface of tumour cells, and they can facilitate TRZD’s penetration through the blood-brain barrier.

An imaging probe for glioma diagnosis

The research team evaluated the efficacy of TRZ (i.e. TRZD without doxorubicin) in diagnostic imaging for glioma with a mouse model. TRZ particles were first excited by UV light to initiate luminescence. Mice with tumour tissues injected into their cerebrum and cerebellum were then treated with TRZ. In the following 24 hours, TRZ luminescence was detected at the tumour sites of the mice.

However, when the same experiment was conducted with TRZ without T7 peptides, and TRZ without both the red blood cell membrane coating and T7 peptides, no luminescence was detected at the tumour sites of the mice. The results show that the red blood cell membrane coating can prolong the function of TRZ by stabilising the nanoparticle, and it can slow down its natural uptake by the human body. On the other hand, T7 peptides are instrumental in TRZ’s penetration into and accumulation in tumour cells, so that it can perform its imaging function for glioma.

Dr Wang said: “Our experiment suggests that TRZ is a promising bioimaging agent for the diagnosis of glioma. It was observed that TRZ’s luminescence can be detected in tumour cells in both the cerebrum and cerebellum regions of the brain, which is an encouraging result because glioma in the cerebellum region is difficult to detect with existing diagnostic methods. As a result, TRZ offers new hope for the timely and accurate diagnosis of glioma.”

The research team further evaluated the anti-tumour efficacy of TRZD using a group of mice who had had their cerebrum and cerebellum injected with tumour tissues. After applying TRZD for 15 days, the average diameter of their tumours was reduced to 1 mm. They also survived 20 days longer on average compared to the control group, who had not received TRZD. Besides, cell death was observed in the tumour region but not in normal brain tissue.

Dr Wang said: “The experimental results indicate that TRZD’s therapeutic effect on glioma has good selectivity, because doxorubicin is brought specifically to tumour cells due to T7 peptide’s strong affinity with tumour cells’ surface receptors and its ability to penetrate the blood-brain barrier. As a result, doxorubicin can be applied in a more targeted manner, and hopefully its side effects can be minimised with a reduced drug dosage.

“We concluded that TRZD demonstrates promising potential, and it could be developed into a new generation of anti-glioma drugs that can perform the dual function of diagnosis and treatment. It also offers hope for the development of treatment protocols for other brain diseases.”

The issuer is solely responsible for the content of this announcement. 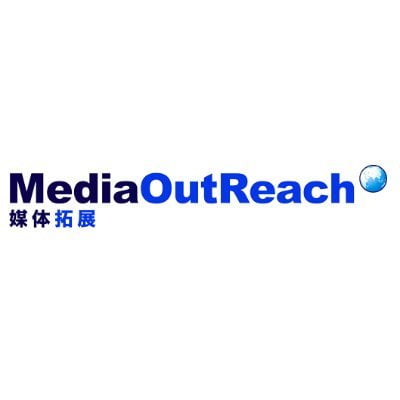